Mahjong is a tile-based game that was developed in China during the Qing dynasty and has spread throughout the world since the early 20th century. It is commonly played by four players. The game and its regional variants are widely played throughout Eastern and South Eastern Asia and have become popular in Western countries. Similar to the Western card game rummy, Mahjong is a game of skill, strategy, and calculation and involves a degree of chance.

Clubwomen meet weekly to play Mah Jongg together. All members are invited to play. WCSM members are very welcoming and always ready to teach the game to newcomers. 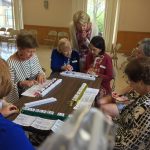 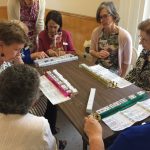 Helping each other learn 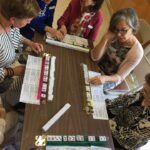 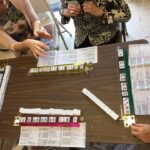 It’s fun when you learn together 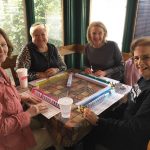 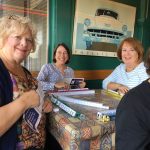 Having a GREAT time!