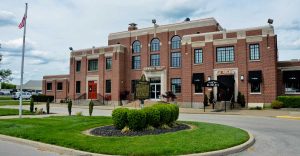 Bowman Field, established in 1919, is the oldest continuously operating, general aviation airports in North America. It is conveniently located approximately five miles from downtown Louisville, KY. Bowman Field is situated on 426 acres. There are 17 buildings, including the historic art deco Administration Building that was built in 1929.

Charles Lindbergh landed the Spirit of St. Louis at the airport in 1927. During the 1920s and 1930s, Eastern Air Lines, Trans World Airlines and Continental Airlines were among the commercial airlines that served there until 1947 when Standiford Field opened. During World War II, Bowman Field was the nation’s busiest airport. The oldest continually operating commercial airfield in North America.

WCSM clubwomen and guests visited historic Bowman Field. Kentucky’s first commercial airport and is the oldest continually operating commercial airfield in North America.
The group were greeted by Mr. Rick Tabb , a local book author, who spoke about the great history of Bowman Field and how it has played an interesting part in our community and in the world.
Click on any photo to view in larger carousel format 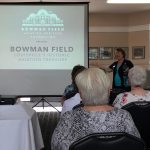 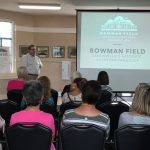 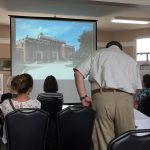 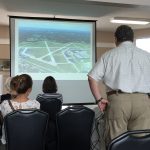 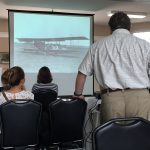 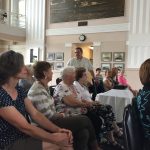 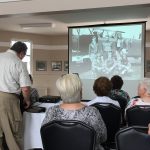 325th Observation Squadron Reserve of the 1920’s are shown 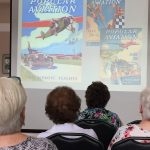 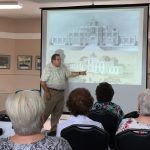 Mr. Tabb shows how the buildings at Bowman Field were changed over the years. 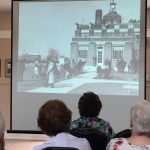 Working on the building in the early years. 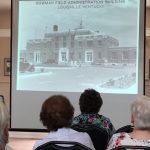 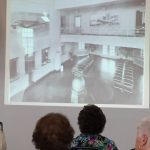 The inside of the airport terminal back in the day. 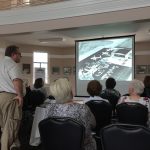 A look at a busy airport in it’s time. 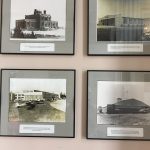 Historic photos aline the walls of the main building. 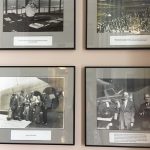 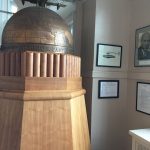 The Gast Memorial sits in the building foyer. 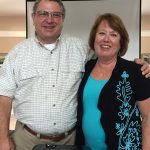 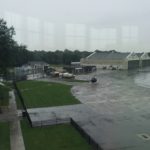 A peek out the upper floor windows 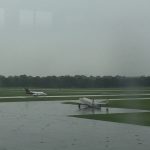 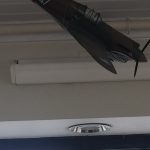 The second floor host many displays 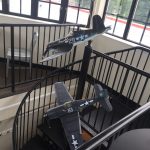 Models of airplanes that once utilized Bowman Field regularly 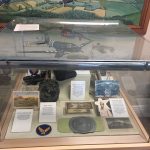